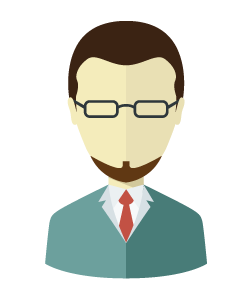 Even if someone is used to going to jail for committing petty crimes, being there isn't something that they enjoy. The bad thing about going to jail multiple times is that getting out can become more difficult each time, as the bail amount set by the court can get higher each time. Fortunately, bail bonds agents make it easier to pay the money that is required by the court for an arrested individual to get bailed out of jail. If someone is in jail for the first time, they might not know how to go about getting bailed out of jail with help from a bail bonds agent. This article geared towards providing knowledge about getting bailed out of jail and the consequences of not going to court afterward.

What Does a Bail Bondsman Do to Assist Inmates?

When an inmate is booked into jail, soon after, they are escorted to court and given a bail amount by a judge. What a bail agent does is pay the bail amount on behalf of the inmate and take responsibility for ensuring that they attend court after being released from jail. If the inmate doesn't attend court, the bail bond agency actually has the authority to send bounty hunters to find the released inmate and escort them back to jail. Basically, the money used by a bail bond agency to bail an inmate out of jail is considered a loan. Documents must be signed during the process of hiring a bail bond agent in order to make the agreement legally binding in court, and sometimes collateral is required as well.

How Long Does Getting Out of Jail Take?

After a bond has been paid, the time for an inmate to be released is usually fast. However, it depends on how fast the jail staff is able to complete the process of preparing an inmate to be released. An inmate should expect to be released fairly soon, but could possibly have to wait for numerous hours. Basically, if there are numerous other inmates being processed for release at the same time, it can lead to it taking longing to get out of jail.

Can Court Be Missed After Getting Bailed Out?

The consequence of missing court after getting bailed out of jail is for an inmate to be arrested again. A judge will let the authorities know that an inmate didn't attend court by sending out a bench warrant. However, it is possible to miss court if an ex-inmate has a good excuse and actually contacts the court to reschedule the date.